Amra's What Made It Easier 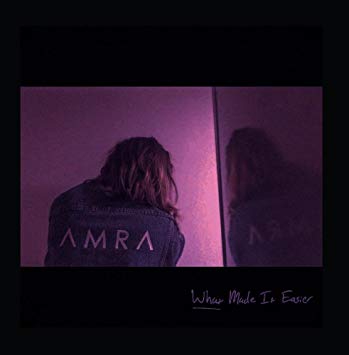 Hanson Briggs is a young singer-songwriter from LA, by way of Kansas City. I feel like I knew a lot of people like him when I was involved with the film industry almost thirty years ago, people who came from the Midwest to LA to make it somehow in the entertainment. I didn't make it, obviously, but plenty of people I knew did--one became a high-powered William Morris agent, one became an executive for Dick Clark Productions and yet another was a creator and show-runner for a sci-fi series that lasted on cable for a few seasons. These three old friends had one thing in common, however. They were all from the Midwest. And there was something about each one of them, a direct honesty, a wholesomeness that was backed up by enough intelligence to know they weren't in Kansas anymore and that they had to develop some deep survival skills if they were going to achieve their goals.

I see that in Briggs. He is basically Amra, although he does work with a band when he performs live. His songs exude, well, a wide-eyed innocence. I hate using that cliche but it is apt, and it seems to define what he's trying to accomplish in his debut album What Made It Easier. Briggs is traveling in some of the same circles as Justin Vernon of Bon Iver and Phil Elverum of Mount Eerie, singing about heartbreak and loss and trying to mine the art that can heal those wounds. That sounds like some of the maudlin singer-songwriter stuff that's filling the indie charts these days, but Amra as a band avoids most of those downbeat, self-absorbed conceits with an upbeat, electronica-based sound that also borrows liberally from the '80s. 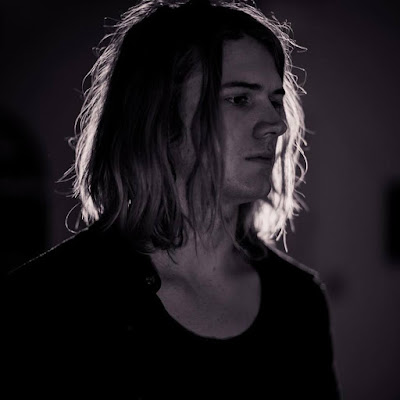 The theme of loss stems from a recent death of a parent, something all of us go through but perhaps not at age 23. That's what gives most of these songs a two-sided, tempered approach. Briggs seems to possess a lively pop instinct--some of his music will remind you of Coldplay but with much better lyrics. of course. His voice even sounds a little like Chris Martin, that emotive but ever so slightly broken delivery that swings you back to the other side of this music, the sadness and despair. It might be a case of a spoonful of sugar, but where bands like Coldplay (and Bon Iver, for that matter) trip up is that they don't quite have the honesty to sell it. Briggs is far more convincing because of his age, the fact that he is still a very young man and these things seem to hurt more when you're young and haven't figured everything out yet.

Those Midwestern roots have helped to get Amra on the radar thanks to publications such as No Depression, whose critics have championed this release. I'm curious about that, because this is clearly not cut from the same cloth as the usual alt-country genres. As I said, there's far more pop and synthesizers in the mix. But it might mark a new turn in the so-called roots rock scene, an expansion of the genre. Taken from that perspective, What Made It Easier is a compelling album from a young man who I hope doesn't grow up too soon.
Posted by . at 10:37 AM