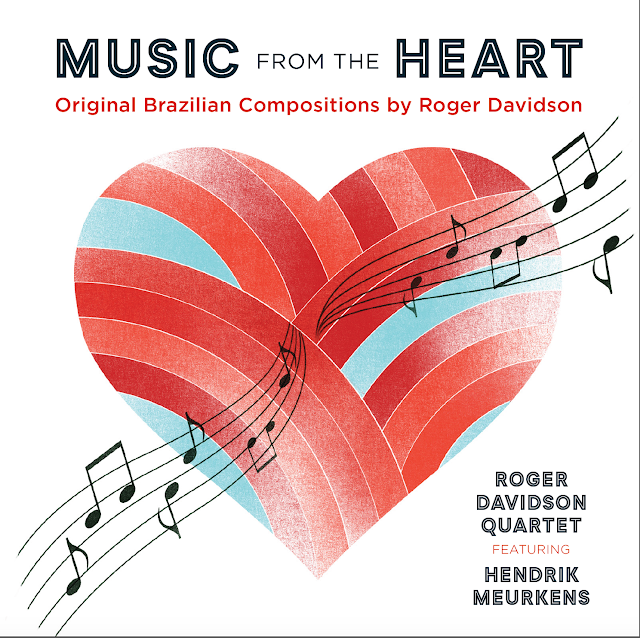 Roger Davidson is a pretty old-fashioned guy, as far as contemporary jazz goes. His arrangements are light, fun and filled with sort of a capricious jet-set feel from the 1960s. On his new album, Music From the Heart, he takes on an unusual challenge--he comes up with no less than 15 new "Brazilian" compositions, songs that sound like they've already been classics since baby boomers were babies. This is romantic stuff, sambas, bossa novas, chorinhos and more, all designed to feel like a wonderful night on the town in Rio. There are no jagged edges in this music. It's all about enjoying beauty, adventure and a bit of mischief, the kind of qualities that were cherished when your parents were young and on the prowl.

Davidson is masterful on the piano in that same lush and tropical tradition that spawned "Bali Hai" and "Lujon," albeit on a much more intimate scale--there's no huge string orchestra in the background. Instead, Davidson is accompanied by Hendrik Meurkens who has become quite a familiar name to me over the last few months. I reviewed Roger Davidson's last album with Meurkens, Prayer for Tomorrow, just a year ago. Hendrik, who is considered one of contemporary jazz's finest harmonica and vibraphone players, is also featured on a couple of upcoming discs I have in the review pile. I have to be honest and say that the harmonica is not my favorite musical instrument for jazz since it makes everything sound too folksy and less urbane. (I made a similar comment in the older review.) But I friggin' love the vibraphone and the marimba and every other struck idiophone you can roll in front of me. That's a purely subjective observation, so don't take me word for it, so let's just say that Meurkens' vibes send me to the moon. 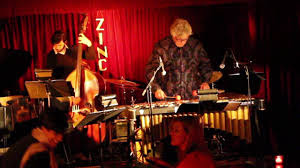 As I also mentioned in the review for Prayer for Tomorrow, Davidson was originally set to be a classical pianist. Once he started playing jazz, there was no going back. That's why his keyboard style has the aforementioned lushness to it, that emotional sprint that floats atop wave after wave of sentiment. Without Meurkens acting as co-star, Davidson's basically playing as a tight trio with drummer Adriano Santos and bassist Eduardo Belo (which explains why Prayer for Tomorrow was performed by the Roger Davidson Trio). It's apparent the change came from Meurkens becoming a permanent addition to the ensemble, but it still doesn't obscure the fact that as a trio, this ensemble creates a rich panorama of sound. That's Davidson at the piano making that happen. As I said, he has a big sound that defines everything he does.

Prayer for Tomorrow had outstanding sound quality, and Music From the Heart might surpass that. Jazz trios and quartets usually do a great job of fleshing out all the musicians' physical positions on the stage or in the studio, but with both the piano and vibraphone playing there's always those delicate blooming notes bouncing off each other and remaining intact and distinct. Only an excellent recording can keep these two from blending into a single wave of decaying tones, and that happens here. In a way, that's old-fashioned as well since so much jazz in the '60s still sounds fantastic. I think you'll need to be a little old-fashioned in order to really dig this music and place it in its proper context, since it might not appeal to jazz fans who are searching for the next breakthrough, but I'm someone who like music to transport me to a different time and place. This one gets it done with an incredible amount of class.
Posted by . at 2:26 PM