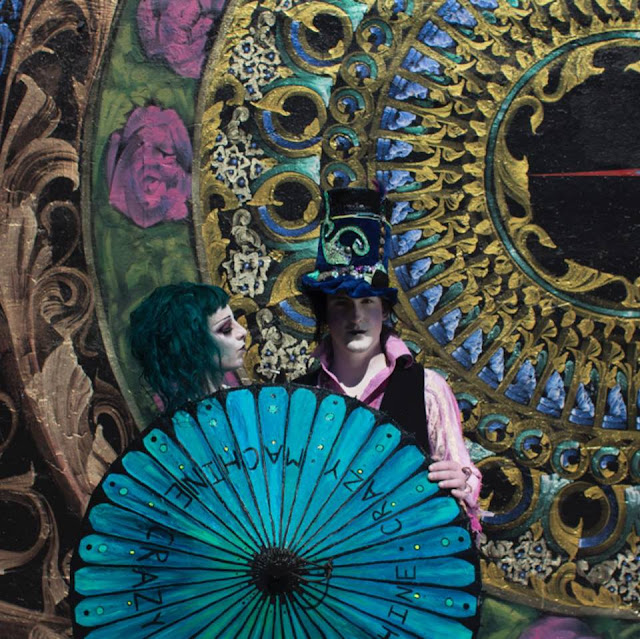 There's a band named Machine, and they released a new album called Crazy. The cover art on the CD is ornate and dark, and the back cover contains little more than the song sequence. I tried to find out more online, but you type in the words machine and crazy and see if you can find out more about this music. I couldn't. The frustrating part is that the music here is so friggin' good, an exciting mix of goth and vaudeville and solid indie rock, and I'd like to tell people more about it so they can run out and get it--or download it or whatever. Fortunately I stumbled onto their Facebook fan page and was able to glean more info about this duo, Madeline Mahrie and Peter Thomas. (They also have a website at www.machine-band.com, which I also discovered after many futile searches.)

Machine is Mahrie's baby--she's a singer-songwriter who started out looping piano tracks to her singing and adding the drums later. She met Thomas at a gig and soon he joined as the drummer. I can't really compare the early stuff without him, but he is an energetic drummer who adds a lively countenance to the rather dark and intense sound. Mahrie, however, is at the center of this music, her husky and daunting voice way out front. She's the second singer in the last week who reminds me of Siouxsie Sue (the first was Sound of the Hunter's Natalie Bayne), but she also has that same strength and defiant presence as Florence Welch--another machine reference. You walk away from this album thinking almost solely of her voice, its richness and its growl. 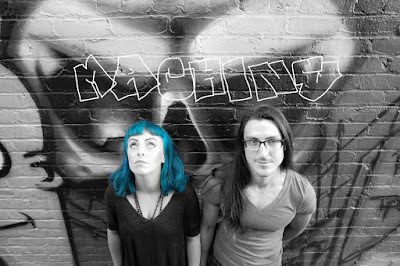 Listening to this album, you might be surprised that Machine's structure is so simple and streamlined. This duo has created a stunning and baroque landscape, powered by Mahrie's thundering piano chords and embellished with plenty of string arrangements and other fascinating details. (Bass guitar is supplied by recording engineer Adam Pike, who co-produced Crazy with Thomas.) While the songs here are dominated by Mahrie's fierceness, they are thankfully varied. The album's opener, "Mad Tom of Bedlam," is framed in one of those sing-song gospel tunes that can easily shift gears into an evil chant. From there she digs deep into her influences which include Prince, Bowie, Portishead, Fiona Apple and, of course, Siouxsie and the Banshees. (If this sudden resurgence of the latter band is the next big thing, I'm all for it.) I even hear plenty of Queen in those vaudevillian exercises, especially since Mahrie's showmanship is placed so forward in the mix.

As far as the somewhat enigmatic promotion of this album goes, I hope it gets clarified. It reminds me of those first Infiniti albums back before the vehicles actually arrived on the market. Everyone was watching those mysterious commercials and those stark billboards, wondering what the actual product was going to be. Machine is such an unusual band, distinctive and, most importantly, good, that I hope it gets easier for people to discover them and start the word of mouth. Madeline Mahrie is quite a discovery, and she deserves to be well-known.
Posted by . at 5:59 PM