Rachel Caswell's We're All in the Dance 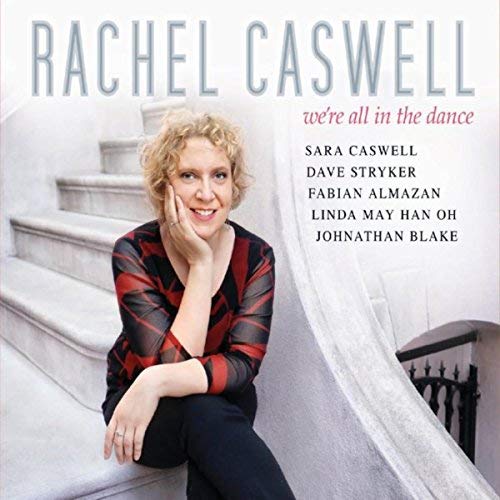 Last week I mentioned how I had just received a batch of "female vocals" jazz recordings that were far above average for one reason or another. After excellent outings from both Melbreeze and Lucia Jackson, we now have a sedate and lovely offering from singer Rachel Caswell--the older sister of noted violinist Sara Caswell (who plays on three of these tracks). Rachel has an easy, relaxed voice that is full of romance. Her range is exceptionally wide, but her sweet spot resides in the upper registers where she clings lovingly to each note, letting them expand generously into the air as if they had wings.

While she's quite the presence here, it's notable that We're All in the Dance is produced by none other than guitarist Dave Stryker, who of course plays here along with keyboardist Fabian Almazan, bassist Linda May Han Oh and drummer Johnathan Blake. Stryker has been a bit of a King Midas in contemporary jazz circles over the last couple of years. His arrangements are always considerate of jazz tradition, even though his talents can be applied to a number of sub-genres--he can play straight out of the songbook or he can add a vigorous, bluesy flavor when needed. The themes here tend toward the delicate, enhancing Caswell's generous and charming interpretations, but Stryker and his sensibilities are up-front most of the way. 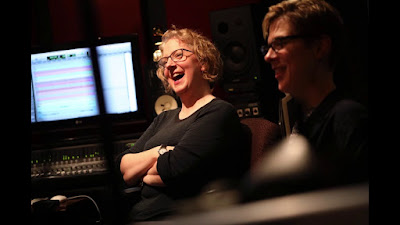 Caswell has a serene way of setting herself up on stage, deep within the lush arrangements, but it's also noticeable that she's one of the few modern singers who can scat without adding too much nostalgia. She never barks out those quick cadences, preferring instead to transform those notes into pleasant counterpoints to both Stryker and Almazan. She can also frame these improvisations into odd time signatures with ease and conviction, as if nothing is beyond her talent. That pervasive smoothness, in other words, can be deceptive. It does all sound so easy, but don't assume any of this really is. For instance, you might think she's just another singer taking a swing at the GAS, a little Charlie Parker here and a little Rodgers and Hart there, but listen to the way she takes Sting's "Fragile" and makes it sound like it belongs with the other tunes.

Despite the outward appearance of lightness, Caswell does have a foil here--Blake's drumming is full of a brightly lit energy that often careens into uncharted territory. He never rests until he has added just enough tension to the arrangement to suggest the bittersweet, or even the tempestuous, which mates with Caswell's effortlessness in an almost illogical way. So while Caswell's voice may mesmerize you through the course of this beautiful album, the rest of the ensemble does so much more than add another layer. It's an intriguing blend, and that makes We're All in the Dance even more memorable.
Posted by . at 12:28 PM