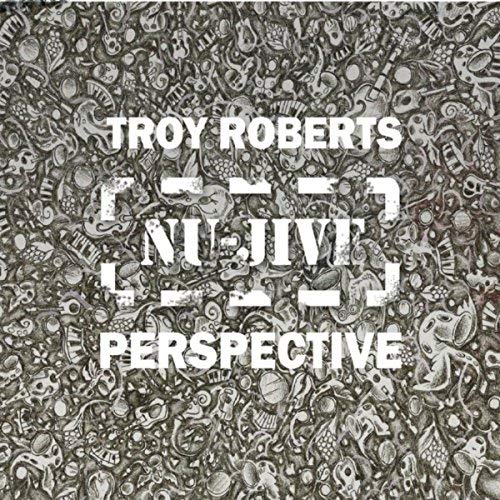 Fresh on the heel's of yesterday's Fusiolicious, Oytun Ersan's epic "big band" fusion release, we have sax player Troy Roberts' meaty new quintet sounding nearly as big and just as exciting. Roberts has gathered this "configuration of five best friends around the world" for the third time to create a big and focused sound, a melding of funk, soul and jazz that is just as unbridled as Ersan's release, but unbelievably consistent in its dedication to a supreme groove. This is more jazz than fusion, yet Nu-Jive is very electric in its approach. With Tim Jago's electric guitar, Silvano Monasterios' funky electric piano work and Eric England's slap-happy electric bass, the original compositions dig out more from rock and funk traditions. Only drummer Dave Chiverton, with his thundering rolls and challenging time signatures, brings an element of fusion jazz to the mix. Oh, and Roberts' sax is unusually full and melodic and again introduces more mainstream jazz ideas to the forefront. But this quintet, quite frankly, rocks hard.

This isn't close to jazz/rock, if that's what you're thinking. It's just that Roberts and his crew have such a punchy approach to the music. I've already used the adjectives meaty and full, quite intentionally, because this music is very forward. The best way I can describe it is "this is jazz meant to be played loud." I did play it loud every time I slipped the CD into my digital player, and I think I pissed off the neighbors. I couldn't possibly take the same approach to Kind of Blue or Way Out West--that would be absurd since that type of jazz has its own natural level. But remember the adjective electric? That's the key. 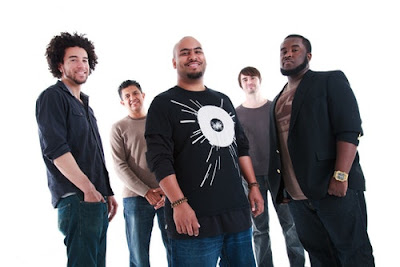 I also mentioned that the quintet consists of best friends from around the world. Roberts is actually from Australia, but he's been living and playing in New York City for some time. I've mentioned the unique relationship NYC has with its sax players, and you hear the same relationship at work here. Roberts' saxophone has that big city voice in play, one that's meant to bounce between the tall buildings and echo through the alleys. It has that urbane feel, that knowing-ness and distinctive edge. His sax is out front most of the way, carrying most of the melodies, and he has a smooth yet firm way of gliding through the notes that walks the edge between those melodies and improvisation.

This quintet, however, works as a singular machine in the way it builds momentum--even in the quieter passages. (Yes, there are a few of those, but they maintain their own level of rambunctiousness.) Individuals do step out according to jazz traditions, but at the same time they're crossing those familiar boundaries. Jago's guitar is the most obvious nomad--some of his solos are very rock-like, even Santana-esque. That's one of the joys of this album, however. As I've mentioned, there's incredible focus here, but the car is being driven really fast and there's quite a few things you'll see out the window if you're paying attention.
Posted by . at 3:06 PM