The Cost of LPs: A Rant 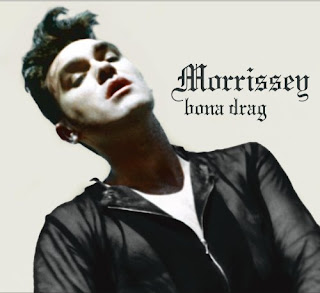 While shopping in Waterloo Records here in Austin, Texas, I spotted something I truly, truly wanted--the newly remastered 20th anniversary LP of Morrissey's Bona Drag. I hadn't heard anything about this LP prior to this encounter, and it was noteworthy because I asked my brother earlier that day to rip me a copy off our music server. Released by the resurrected Major Minor label, which was active primarily in the 60s, this 2-LP set is pressed on 180 gram vinyl and includes bonus tracks, unreleased photos, a booklet and a pull-out poster. The price? $37.99.

Now that the vinyl renaissance is truly gaining unprecedented momentum, it seems that the prices are steadily going up. While I won't begrudge Major Minor their $38 because they have attempted to make this reissue truly special, this boutique pricing has trickled down to the garden variety selections. For instance, I trotted on down to Waterloo a few weeks ago to buy Ray LaMontagne's God Willin' and the Creek Don't Rise, and I was confronted with the choice of buying a 2-LP set for $22 or the CD for $10. I hate to say it, but this hardcore vinyl lover went with the CD. 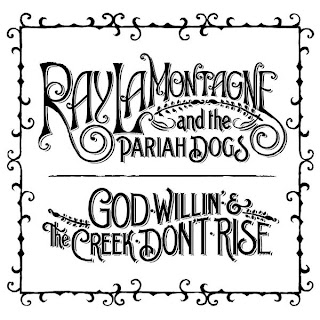 These days it's difficult to ascertain whether or not the vinyl is sourced from the same digital masters as the CDs. If it's a analog production, such as John Mellencamp's excellent No Better Than This, the extra $$$ for the LP version is more than worth it. But when the vinyl and CD is sourced from the same digital masters, it's probably going to sound pretty much the same either way. And that information isn't always on the album cover, so it's tough to make an educated decision.

Now I'm not complaining about companies like ORG, Mobile Fidelity and Blue Note who charge $30 to $50 for an LP that has absolutely phenomenal sound quality. I will always pay extra for that. But it seems the current trend is to pad out a reissue or a new release with as much bonus material as possible and then charge a very high price for it. I really don't need posters and a booklet. I think getting a CD or an MP3 dowload with the LP is a value-added feature, but I don't need photos of the artist. I'm a music lover, not a collector. I want MUSIC. 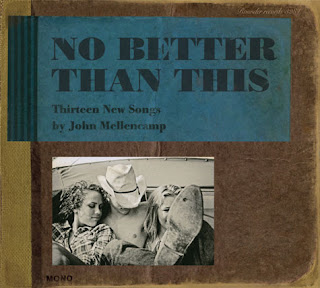 I'm also not complaining about the fact that many of these LPs are being released in a 2-LP format. That's generally a good thing, a result of CDs generally containing more music than a single LP. Spacing the tracks out onto two LPs ensures that there's a reduction of inner-groove distortion on the last songs of the side. And yes, pressing two LPs costs more than pressing just one. That cost should be passed on to the consumer.

But the simple fact remains that CDs are becoming outstanding bargains compared to their vinyl counterparts. (And MP3 downloads are even cheaper, if you don't mind generally crappy sound.) I think that's going to slow down the momentum of this vinyl resurgence. I know that record plants are disappearing and the cost of pressing LPs is becoming more expensive. I know that the business models have changed. And I know that the music industry overcharged for CDs for decades. But I think we're screwing the pooch here. If we truly want younger generations to discover analog playback, we need to stop making this a luxury hobby.

It can be done. Sundazed still charges $14 to $20 for most of their LP releases, and they usually sound excellent. By the way, I did get the Morrissey, but only after bugging one of my secret industry connections, something the normal consumer can't do. But I also got the 2-LP version of Janelle Monae's The ArchAndroid for half the price. I think $20 is a good price for LPs. If you want to pay extra for bells and whistles, that's fine...as long as there's a basic version for the music lovers like me.
Posted by . at 10:18 AM