The Greatest Cigar in the World? 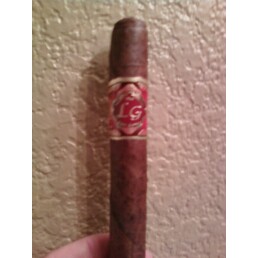 In my dozen or so years as a cigar smoker, I've enjoyed some of the best sticks in the world. I was introduced to cigar smoking by a former in-law who started me out on a Cuban Bolivar--not a bad way to kick off this hobby. Since then I've smoked a few Davidoff Anniversarios, a Padron Family Reserve No. 45 or two and a smattering of superb cigars from makers such as Don Pepin Garcia, Rocky Patel and a few others.

So when Jim Harrison of Habana House here in Austin raved about the LFD Litto Gomez Small Batch you see above, I had to run down and treat myself to an exquisite Christmas smoke. Only a few thousand of these were made (200 boxes in all!), and I feel privileged to have given this cigar a try earlier today.

First of all, this cigar is beautiful to look at. You can't really tell from my crappy cell phone photo, but the wrapper is almost reddish with black accents. It's one of those dark, oily wrappers that exude quality and rarity. Once I lit it up, I was surprised at just how smooth and consistent the LG is. That smooth, rich characted stayed with the stick until the very end--and I smoked it down to the last inch or so.

Jim told me that the LG was such an expensive smoke that he couldn't really afford to corner a few for himself, but some of his best customers bought him a handful as Christmas presents. That's a loyal customer base, something that Habana House deserves. If you're in the Austin area, stop by Habana House in SoCo (South Congress) and give one a try. Treat yourself like I did...it's the holidays! 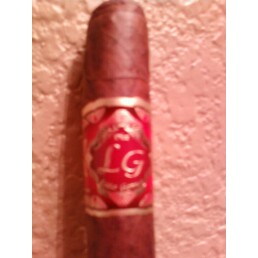