Of Record Stores and Online Forums... 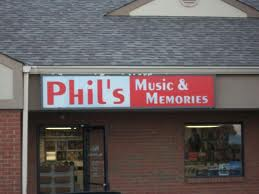 "UGH, Cinci SUCKS for Lp's If this was all I could get I would shoot myself!! This is not meant to offend anyone, its not your fault!! Shake It and Everybody's....what a pile of JUNK!!!!!!!!!!!!!!!!! Gonna try Phils on Monday but dont have any real hope...only going, I guess, to satisfy my undying curiosity on how bad it can possibly get."

I'm normally opposed to bringing my copious online battles to this blog, but a recent thread on the Steve Hoffman Forum brings up some interesting points. Jason, aka Shinedaddy, is an avid LP collector who claims to "crisscross the country by car" for his job, and he visits record stores all over the country. According to a Facebook message from a vinyl-collecting buddy of mine, Shinedaddy is well-funded in the sense that he often pays big dollars for rare records. I certainly have no problem with that. What I did have a problem with--hence my involvement in the thread--is people going on Internet forums and trashing businesses because they couldn't find what they wanted.

Shinedaddy went on to characterize Phil's as "NOT my idea of a great record store" and "absolute dreck, totally wastes of time in every possible way." So I responded.

I've written about Phil's in the past, and since then I've received several emails from Phil himself on his goals for his store. By liking his business on Facebook, I am constantly alerted to new arrivals, and I have to say this: Phil's is not full of junk. He gets plenty of rare and valuable LPs all of the time, and because he markets himself well they probably sell rather quickly. That's bad news for collectors who travel the country by car in order to fill the holes in their LP or CD collections, but to those people I say this, which I posted on the thread:

"Why would [this thread] get shut down? There's a lot of important and relevant points being made about judging record stores based on the current stock.

"I've also been here long enough to know that the forum is pro-industry, and that trashing businesses is NOT in everyone's best interests. It's important to support audio companies, record stores and dealers so that we all have choices when it comes to spending our dollars. We can't lament the shrinking amount of brick-and-mortar stores while simultaneously saying that they're full of junk. I'm not sure why people wouldn't get this, or say that it's trolling when someone comes along and objects to the bashing of decent, honest businesspeople who are struggling in a difficult economic climate.

"I know for a fact that Phil's is not full of junk, as Jason/Shinedaddy proclaims. Phil actively promotes his business by advertising the incoming stock, and he often carries very rare and hard to find records. Because he does so, he probably sells the good stuff quite quickly. Shinedaddy needs to reconcile the facts of the situation: the rare stuff he's looking for is available, but driving around the country visiting record stores may not be the best way to fill in the holes in his collection. When I'm looking for something specific, I can usually find it by either going online or by visiting the premier record stores which have what I'm looking for--usually at a high price. When I do what he does--randomly stopping by and rummaging through the bins--it's a different sort of activity, one where I may be surprised to find something I didn't know I was looking for. It's a hunt, a different sort of fun. Just look at all the collectors who go to Goodwill, antique stores, estate sales and other venues and still have a lot of fun.

"My suggestion to Shinedaddy is to "like" Phil's Facebook page and then see all of the cool things he has coming in all the time, things that probably sell rather quickly because they are so special. What he shouldn't do is bash Phil's online and say it's filled with junk when it clearly isn't. He needs to step up his game and join the 21st century, and then maybe he will see just how good Phil's really is." 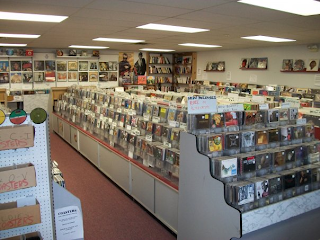 Shinedaddy objects to all of this, mostly because I have not visited Phil's in person, walked out with an armful of rare and valuable LPs and written a review of my experience that counters his. But my point is a larger one, echoed in my comment about the "shrinking amount of brick-and-mortar stores." I encounter the same ill-mannered behavior when it comes to high-end audio dealers: people lament the shrinking number of old-fashioned stereo stores but at the same time complain publicly about snobby salesmen or paying full retail prices on gear. Many of these people commit the gravest of mistakes--they put a local dealer through his paces and then buy online to save a few bucks. They don't realize that a long and mutually beneficial relationship with a local dealer will eventually save you much more money than searching online for the best price on equipment. Work into this equation the fact that these bargain-seekers often buy gear without hearing it first, and then base their buying decisions on magazine reviews or the comments they find...in online discussion forums. They trust their wallets more than their own ears, in other words.

Maybe it's time to stop complaining online about stores that don't indulge our preoccupation with instant gratification. Another person in the thread challenged me on this particular point: "If someone has a bad experience at a business, they shouldn't let others know about it? Internet discussion is only for praise?" C'mon, did Shinedaddy really have a "bad experience"? My response was:

"If you're making a complaint based upon some serious breach in customer service or safety, then that's fine. Karma doesn't necessarily mean bad--if you drive a crooked business from town then you've done good. Right?

"But if you're complaining online because you didn't get your $200 Humble Pie LP when you came in, and every decent record store should have at least one $200 Humble Pie record in it or else it's all junk, then you aren't doing anyone any good.

"This isn't about identifying companies who are seriously dishonest or provide an extremely inferior product. If those people go out of business it's because they deserve to do so. They took that risk when they didn't pick quality as a priority and went for the quick cash. My comments about karma are reserved for people like Shinedaddy who think they can say that a store has nothing but junk when it's a purely subjective opinion. Do you see the difference?" 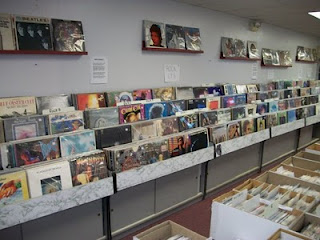 Let's face it, as a society we're really becoming good at complaining about customer service. There's nothing wrong with that--heck, my most widely-read blog article in these archives is the one I wrote about poor customer service. But we really need to differentiate between objective reasons to complain and subjective reasons to complain. Our skill at complaining has also been corrupted by services such as Yelp! that are less than truthful and accurate. Or, as I wrote in that Steve Hoffman Forum thread:

It comes down to this: should we wield this sort of power against honest, hardworking businesspeople? Should we be able to ruin a business by merely bitching on the Internet? Years ago I was in the restaurant business, and we used to fear the fact that one case of food poisoning could put us out of business permanently. It didn't even take an actual case to achieve that result; all somebody had to do is spread a rumor by telling a friend that "The last time I went there, I got salmonella poisoning."

That reminds me of two movie quotes. The first comes from Spiderman: "With great power comes great responsibility." The second comes from Schindler's List: "Power is when we have every justification to kill, and we don't." That might be a little heavy-handed for the situation, but the point remains. In these tough economic times, let's not kill businesses just because our immediate needs weren't met.
Posted by . at 11:25 AM