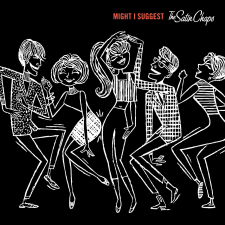 How do you feel about Booker T. and the MGs? The Ventures? The Bar-Kays? Do you get excited when you watch an old movie from the '60s and there's the scene that takes place in a club or a party or a beach and there's some groovy band in the background layin' down the soundtrack? Then might I suggest The Satin Chaps?

That's the name of the album, Might I Suggest the Satin Chaps, and it contains a heavy dollop of instrumental soul, R&B and funky rock and roll, and it's easily the party album of the year. If you're looking to set the mood for a retro-bash, look no further. This Portland-based octet features such indie stalwarts as Luke Strahota of the High Violets, Eric Hedford of the Dandy Warhols and Peter Dean of FastComputers. Throw in a trio of horns, some ecstatic handclaps and big slice of Hammond organ carving up the melodies, and it's time to dance.

While the majority of the tracks are instrumentals, you do get some lively singing and shouting to propel those catchy choruses. On "Jump Shout Shake," for example, the lyrics consist of those three words repeated over and over with half-drunken gusto. It'll remind you of Otis Day and the Knights. Same with "Cry Baby," where the accusatory title is laced with a sexy, drowsy horn melody and a handful of great solos from said horn players. The album's real stand-out is "Funky Matador," an ambitious flamenco-tinged jam that's the only song on the album to break the four minute mark.

If there's a downside, it's that the album was recorded lo-fi in an effort to capture that dated, spontaneous feel. It's not a bad idea, but I have a few Booker T. and the MGs albums from Sundazed and I know how exhilirating this kind of music can be when it's recorded well. Then again, this is NOT audiophile music and if you're sitting alone in a dark room listening to it, it's time to re-evaluate your social life. Before you play this album, invite a few people over. Have some fun. Let the party go on until the sun comes up. 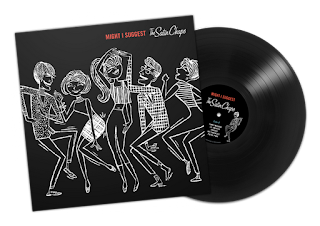