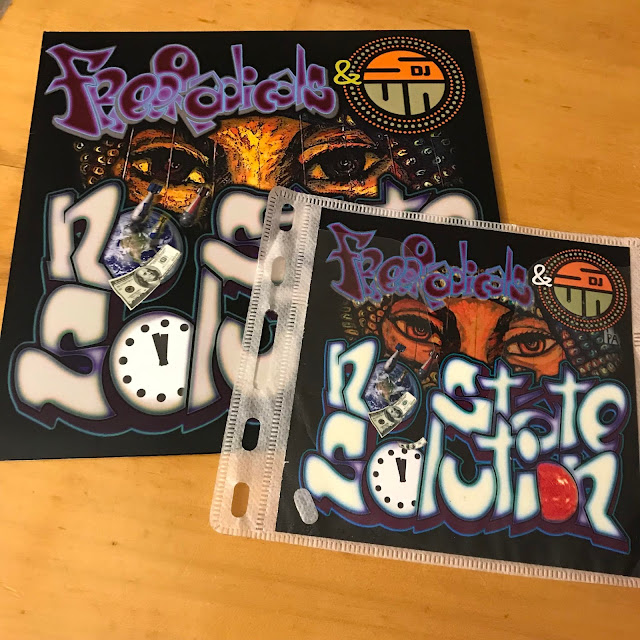 How do you feel about party bands?

I have to admit I love them. It's not the kind of music that I play on the big system in my dedicated listening room while evaluating a new piece of hi-fi gear that retails for five figures. But in my college days, and for many years afterward, I spent my weekends at LA clubs such as Madame Wong's West, Coconut Teaszer and the Hollywood Palladium listening to bands like Fishbone and Oingo Boingo. Party music is stuff to listen to while you're out and about or driving through yet another big city on your way to an evening of barely-controlled trouble.

Free Radicals, for lack of a better term, is a party band designed for adults who once loved party bands but feel like they're way too old for party bands. That's not to say that Free Radicals is music for old, slow folks who used to rock and roll--I hate THAT music. It's just that this Houston-based collective of talented musicians is equal parts party-like-the-world-is-ending and sophistication. Their lively, uptempo songs are a mash-up of jazz, reggae, ska, world music, salsa, funk, hip-hop, cumbia, surf rock and anything else you want to throw in. While each song tends to focus on one particular musical genre, the others float in and out of the mix with a combination of stealth and wild abandon. This is fun music for people who are serious about their fun music. 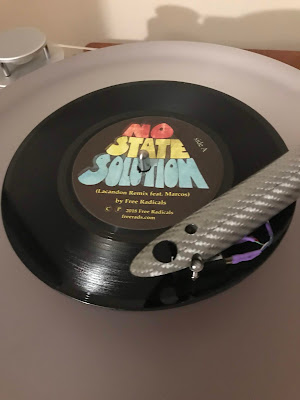 I reviewed Free Radicals' last album, Outside the Comfort Zone, less than a year ago. It turned out to be one of the biggest surprises of the year. "Boy, was I wrong about this CD," I wrote, referring to the fact that I thought it was more free jazz and so I put it on the back burner. You know what's funny? I started off that review talking about my club days, even mentioning Madame Wong's West and the Hollywood Palladium as well. That's how solid the images are when it comes to a "party band" of this caliber, the level of excitement elicited. I think DANCE FLOOR! I think 1982 bouncy dancing. I think bright colors being highlighted by bright lights in an otherwise dark club. I think wow, if I partied like this every night I'd be in the best shape of my life! God my feet hurt!

As I mentioned in the review of Outside the Comfort Zone, Free Radicals show a little more depth than most party bands by focusing their music on social issues such as Black Lives Matter, women's rights, immigration rights (so important today, of all days) and more. They've been playing together for 20 years in the streets, at protest marches, in homes...even at weddings and funerals. The band is noted for their big, chuunky-style horn section, but they also love to throw in a few surprises such as 90-year-old vibraphone player Harry Sheppard, or a stray tabla or theremin--anything to keep the audience giddy with delight. Even if you're becoming a grumpy old curmudgeon like me, bands like Free Radicals will appeal to both your superior musical tastes (compared to the music you loved when you were young) and your nostalgia for the music you loved when you were young.

No State Solution is available from Free Radicals via Spotify, Amazon and other music services. You can also purchase the 7" single in the photo, which contains remixes of three of the songs from DJ Sun and others. (You can also see plenty of their videos on YouTube.) This is fantastic, addictive and FUN music, and no one does it better than Free Radicals.

You can purchase all these titles from Free Radicals at CD Baby.