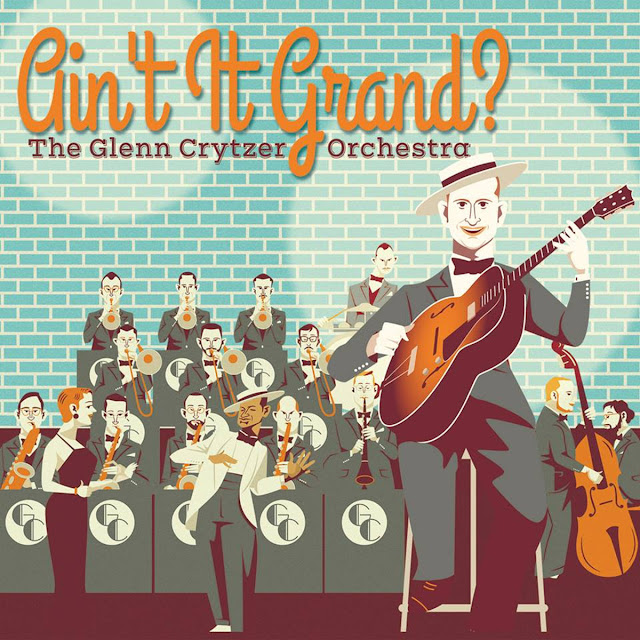 I have a warm spot in my heart for things related to the Great Depression. I love movies either made or set during the '30s, and the music from the era has this constrained yet grand feel that accurately conveys the seriousness of the times while adopting an outward sense of escapism. Well, the Glenn Crytzer Orchestra gets that. This 17-piece band not only records music from the era with an impeccable sense of authenticity, but they recreate that classic sound by using the Associated transcription service "sound" as a model.

The Associated transcription service offered an alternative to the sonic presentation offered by most 78rpm records of the time. There's a greater sense of space and reverb in the recordings, even though they were still recorded in mono. The Glenn Crytzer Orchestra, along with Blue Rhythm Records, have perfected this glorious sound in their latest double CD, Ain't It Grand. These 30 classic songs sound like they chronicled a wild yet proficient band from 80 years ago, and yet there's a subtle clarity to the sound that hints at a more modern recording approach--to well-trained ears, that is. 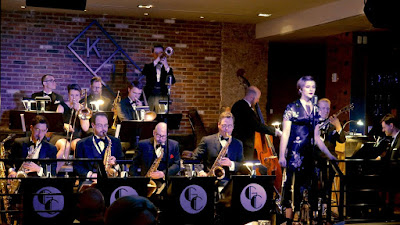 "The album allows us to hear vintage big band swing in a whole other way, auditorily speaking, and takes classic music and makes us hear it in the audio equivalent of 3D IMAX--it's quite a wonderful, unique sensation." That might be overstating it a bit, but you get the point. I've been listening to this CD on a fairly expensive audio rig, and I don't get the "entirely new perspective" point as much as I'm convinced this sounds like a very clean copy of a long-lost master tape. It reminds me of an audio dealer I used to know who was firmly committed to listening to 78rpm records with an optimized playback system (with a mono phono cartridge mounted on an old restored Micro Seiki turntable that could spin at that speed). He managed to find a few unplayed 78rpm records, and the results were stunning--while the overall presentation sounded hemmed in and small, the timbre was especially pure. Vocals, in particular, sounded pristine. That system provided plenty of goosebumps.

Ain't It Grand? approaches that same feeling of wonder, of capturing and preserving a precious historical moment. These extraordinary musicians have spent an enormous amount of time and talent perfecting the classic sound of a Depression-era orchestra, and the casual listener will immediately be convinced that it is. You won't find a lot of performers working this hard to recapture such a specific time and place in musical history, so my hat's off to Crytzer and his crew. If you're the type of music lover who still gets a charge from listening to old mono recordings that have been meticulously stored, or old 78s that haven't been tortured by old playback equipment, this is a wonderful gift to you.
Posted by . at 12:20 PM