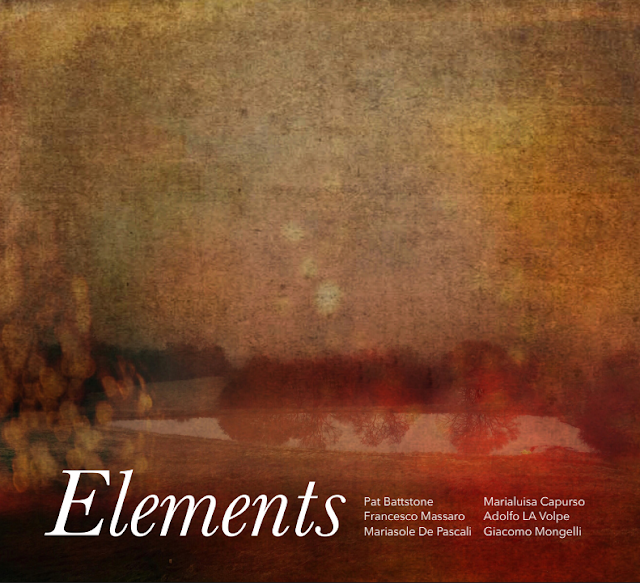 Now that I've gotten that out of the way, let's talk about this very interesting experimental album. I've listened to Battstone before, having reviewed The Voice of Robert Desnos just last October. That spoken word album, backed by Battstone's intriguing turn on piano, was lifted by the incredibly charming voice of Antonella Chionna. The entire recording was somewhat off the beaten path, as spoken work recordings often are, but it was far more mainstream than Elements. This abstract project seeks to provide a musical rendering of the four elements of the ancient world--fire, water, wind and earth--and explain how these combine to form an elusive fifth element known as spirit.

This is accomplished with these six musicians creating sounds that are designed as "conversation between friends," an approach that naturally limited both solos and all six playing through a single song at once. "Everything was spontaneous, including each's silence." 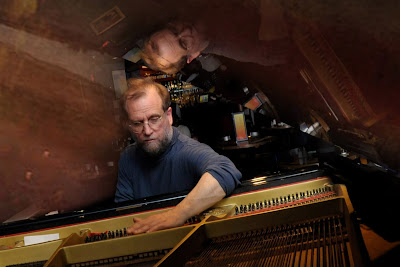 That opens up the door for a wide range of sounds and ideas. Some of them are odd and disjointed, full of shouts and persistent percussion, while other moments abound in a gentle beauty uttered by a lone clarinet, piano or flute. These exchanges are peppered with both acoustic and electric sounds, performed live in the studio so that nothing sounds like a studio concoction. We're witnessing six skilled musicians letting go of their training, their ideas and beliefs about structure, and spending a single day with each other to act on their intuitions. Yes, this recording was captured in a single day when Battstone and his five Italian colleagues were in the same place at once, and the result was three long pieces that added up to 79 minutes. Editing was minimal, and only done to divide up sections and to eliminate talking between the performers.

This is a strange and slightly chaotic project to be sure, but it's also a valuable exercise into the nature of the purest improvisation. You always read about musicians playing off each other, and here that inspiration is channeled into its primal form. Elements reminds me of some of the more esoteric recordings from 2L Recordings of Norway, the ones that dwell on the outer edges of what's musical and what isn't. But the value and excitement is found in the definition of space, and how sound interacts with its surroundings.
Posted by . at 1:37 PM