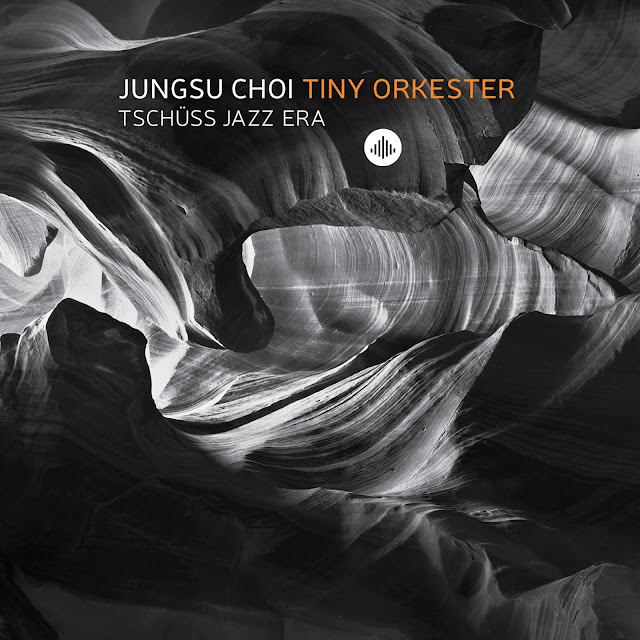 Your first impression of Jungsu Choi Tiny Orkestra, other than the whimsical name of the ensemble, might be that their music is fairly straightforward big band jazz, full of bright and splashy dynamics and a keen sense of fun. After a while you might pick up a few odd cues here and there, that the ensemble does an especially good job of sounding bigger than it actually is, for instance. Here are twelve very talented musicians, all Korean--a horn section, a flute, a cello, a four-piece rhythm section and a male voice--and they're versatile enough to deliver all manners of size and scale. Jungsu Choi is this group's leader, composer and arranger, and while he chooses that familiar big band sound to realize his original compositions, he also borrows liberally from other genres and mediums such as modern dance, TV spots, film scores and musical theater.

That gives JCTO a unique sound that carves out a distinct niche in contemporary big band jazz. "I am ready to welcome the new jazz," states Choi, "bye-bye jazz era!" I know, that sounds a bit precious. But the five epic tracks on Tschuss Jazz Era are made up of ingredients that sound familiar yet have never been mixed up in these specific portions before now. There's a certain daring to Choi's approach--he takes classics from Parker, Ellington and Corea, along with a couple of original pieces, and blends them into a sprawling journey that turns itself inside out at times. (One of the tunes is titled "What if Ellington Didn't Take the 'A' Train?") Yes, there are just five songs here, but each one contains a series of vignettes so that every couple of minutes you'll find yourself in a very different place. 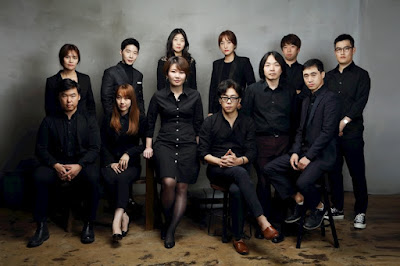 The pace is manic, and exciting ideas are constantly being revealed at breakneck pace--the Tiny Orkester doesn't slow down until the opening of the final Corea track ("Spain"). The rotation of voices from Jinho Pyo, Sehyun Baik and Choi himself are the most exotic ingredient here, and they don't always blend seamlessly with the music. But this is where the chances are being taken, to mate the core components of big band jazz with something that underlines Choi's declaration of "out with the old and in with the new." The result isn't something radical as free jazz, a genre that Choi often alludes to in the liner notes: "My music is meant to free jazz from jazz, without any labels," he explains. But it does possess that same unpredictable spirit.

Fortunately he's taking it one step at a time with these five compositions, with those big band elements serving as beacons to reveal the occasional excursion into the unusual. If you can use the more traditional touchstones to steady yourself--like holding onto the pool's edge while you navigate toward the deep end--you'll find this album to be far more accessible than it should be.
Posted by . at 3:42 PM