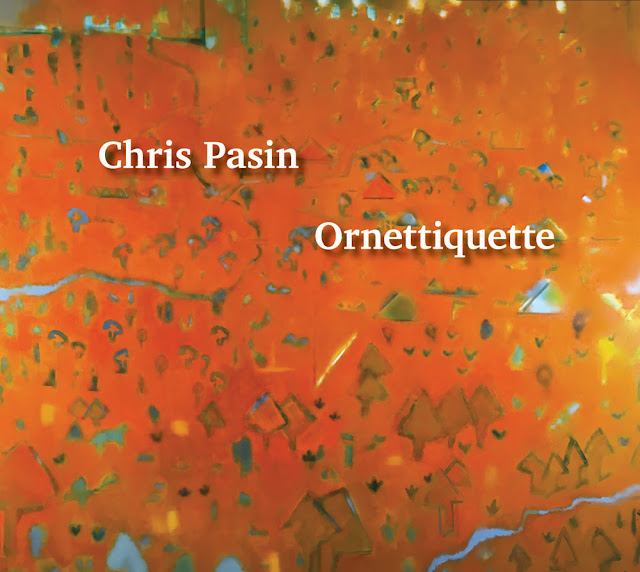 The idea of paying tribute to Ornette Coleman, as well as his collaborator Don Cherry, might seem like a thorny enterprise to some. Coleman invented such a new language for jazz in his heyday, one that would eventually be known as free jazz, but the simple fact is that Coleman's compositions often straddled that chasm and afforded a proper entry point into the form. Trumpeter Chris Pasin understands this, and his new album Ornettiquette is surprisingly accessible and even delightful at times. Pasin, through his spiritual kinship with fellow trumpeter Cherry, guides his band toward the pure joy of Coleman, the energy and the mystery that has challenged and yet intrigued jazz fans for decades.

Much of the cheery attitude in the CD can be traced to Karl Berger's work on vibes. That distinctive shimmer puts a spotlight on the playfulness in the compositions in a way that can quite be conveyed by other instruments. Pasin and alto sax player Adam Siegel do bring lightness into the mix with their bright, energetic horns--they often provide an effective counterpoint--but Berger is the one who truly swings here. He is not the most extroverted of vibraphone players, nor does he need to be, but he does supply that aforementioned mystery to the set, that feeling that everyone might get into a bit of trouble later on that night. 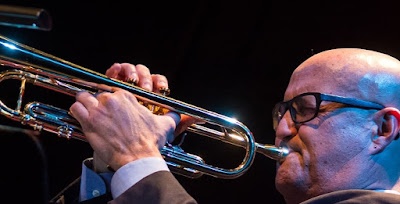 Pasin may keep a low profile through much of Ornettiquette, but he provides some meaty innovations if you pay close attention. His steady cries during "Ghost" become vaguely animalistic, like a wolf howling to its mate across a wintry field. Vocalist Ingrid Sertso might just play the role of that mate, the way she whispers back with the slightest touch of a growl. All of this tension is pushed into the foreground by a splendid rhythm section of drummer Harvey Sorgen and bassist Michael Bisio--they never seem to stop, and that smooths out the edges.

I know people who are reluctant when it comes to enjoying Ornette Coleman--they know plenty of fans but they fear the music is far too difficult to dig on a purely musical level. This is the album to start that journey. If Pasin and his cohorts have succeeded in any one aspect, it's making Coleman's music fun and energetic and free (pun not intended) of chaos. Coleman might have helped found the movement--he coined the phrase--but he was a bridge, and he, along with Don Cherry, knew how to play a tune. So does Pasin.
Posted by . at 10:59 AM