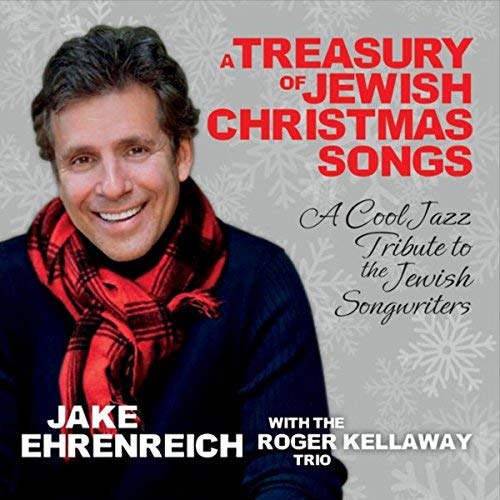 I'm determined not to make the same mistake I made last year concerning Christmas releases. I had three holiday recordings sent to me last year, and through a series of mishaps they didn't appear in Part-Time Audiophile until a couple of days before Christmas. So the whole idea of buying these three CDs in time for the holidays was kind of shot. This year, however, I have exactly two holiday recordings for review. I received them a long time ago and quickly put them at the bottom of the pile--I thought wow, the holidays are a long way off. Today is December 14, and I need to get both reviews posted, so here we go.

The first holiday recording is Jake Ehrenreich's A Treasury of Jewish Christmas Songs, and if you know anything about the Great American Songbook you'll know that plenty of our most celebrated songwriters were indeed of the Jewish faith. In other words, this isn't a collection of songs that Jewish people sing on Christmas Day, because as far as I know there is no such thing. Ehrenreich, who is well-known for his Broadway performances, has teamed with Grammy-winning pianist and arranger Roger Kellaway to sing these well-known Christmas songs that were written, incidentally, by Jewish songwriters. (On a side note, Kellaway was nominated for an Oscar for the score of A Star Is Born--the 1976 version with Barbra Streisand.) 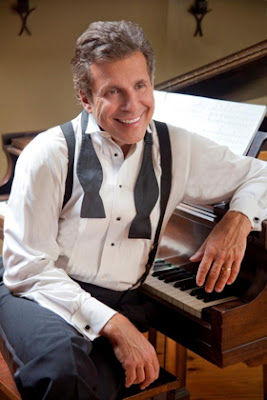 That means you get pretty straightforward, jazzy renditions of such tunes as "A Holly Jolly Christmas" (Johnny Marks), "Winter Wonderland" (Felix Bernard) and of course "White Christmas," which was written by Irving Berlin. Ehrenreich is accompanied by a simple, stripped down jazz trio consisting of Kellaway on piano, Dan Lutz on bass and Bruce Forman on guitar. (Kevin Winard supplies percussion on a few tracks.) This is a talented ensemble, however, and if you're a jazz fan looking for some musical respite while preserving the spirit of the occasion, I think this will be an enormous treat for you.

I like Ehrenreich's voice a lot--it's a tad gruff around the edges, so you aren't getting one of those dull crooners who try to evoke the gentlest of memories that will bore you into a long winter's nap. There's something in his delivery that reminds me of Burl Ives, an outgoing personality that fleshes out the emotions in these songs. He's obviously not as avuncular as Burl--this is a guy who can sing love songs and be quite convincing. But there's a warmth to his voice that is comforting without being bland.

If you're looking for something new to play on Christmas, this is a great choice. And remember that I'm a bit of a Scrooge when it comes to these recordings, so if I sound a little too objective here it's purely because I can't wait for December 26 to arrive. This is a first-class recording for you and your loved ones to enjoy.
Posted by . at 8:42 AM