Les Paul and His Trio's After You've Gone 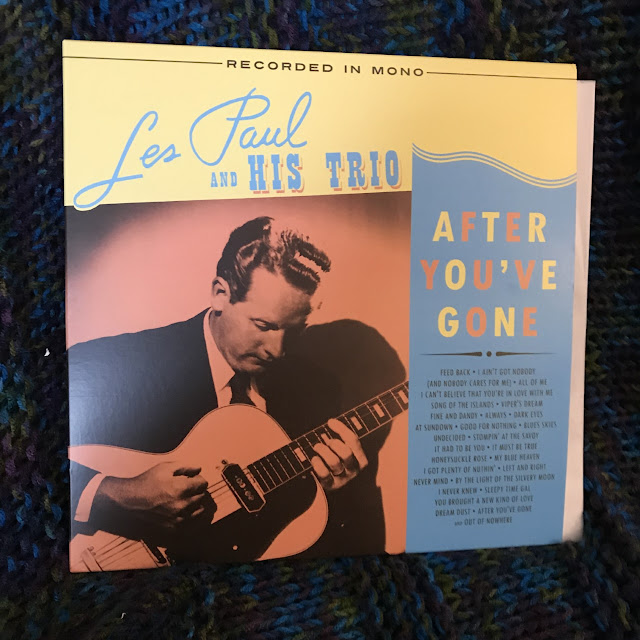 You've probably noticed that I've been very enthusiastic about these new LP releases from ORG Music. These pressings have been as clean as can be, and they sound great thanks to the work at both Infrasonic Mastering and the Pallas Group in Germany. Last week I was able to visit the Furnace records pressing plant in Alexandria, Virginia. Furnace actually owns five of the LP presses at Pallas and just moved to larger facilities to share more in the actual pressing chores. I received an in-depth tour of Furnace, and I will be writing a feature for my first issue of The Occasional. The pressings are first rate and the sound quality is stellar--I know the reasons why now--but I haven't talked about the third leg of the tripod. That, of course, would be ORG's fabulous taste in music, exemplified by this new mono remastering of Les Paul's After You've Gone.

This is a generous chunk of classic music from this master guitarist, 28 songs spread out over two LPs that have been meticulously pressed and packaged with love. These tracks were recorded with his trio, which includes bassist Nicki Parrot and pianist John Colianni, from 1944-45. It's hard to say this was during his peak since the only time he really wasn't at his peak was when he accidentally electrocuted himself in 1941 and when he broke his arm when he and Mary Ford got into a car accident in 1948. Both events required a couple of years of recovery but preceded an unusually productive time for Paul--and these performances were captured right in between. 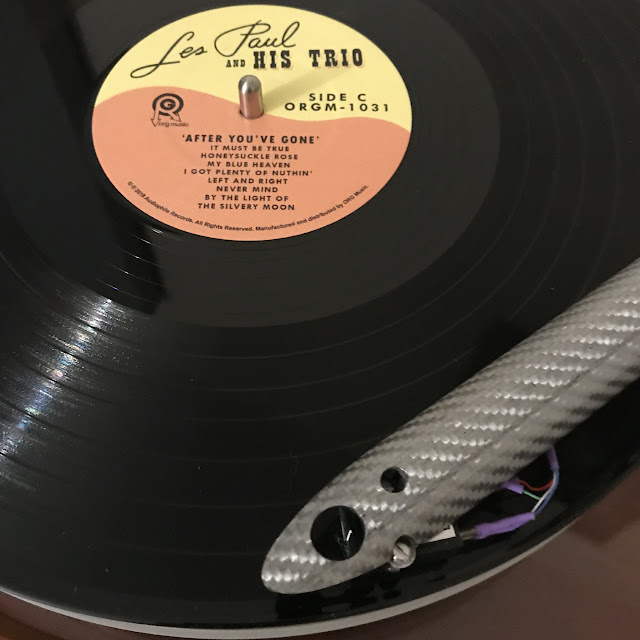 I don't have to tell you about Les Paul, of course. I just want to talk about the music on this album, which is simply fantastic. For years I've wanted that perfect Les Paul recording, the one where I can learn more about who he was and what he did. I've had a few LPs over the years, and they capturing those magical flying fingers and that one-of-a-kind style, but few have really moved me like this one. This is such a beautiful and quiet recording and gets to the heart of that legendary sound. It's all in mono, obviously, but that means you aren't focused as much on the space around the instruments as you are the tone, that pure tone of a master. If you're one of those people who still balk at mono recordings as a means to experiencing fidelity, I'll refer you to an old Vinyl Anachronist column I did back in 2002 called "Adventures in Mono."

Quite simply, this is the perfect album to play when you just want to sink into cushions and think about how things used to be. There's such a vibrancy to Les Paul's guitar and you're reminded every second that this is the sound of an extraordinary human who was a master of his craft. It's a hell of a lot of fun, too, and another momentous success from ORG Music.
Posted by . at 11:11 AM