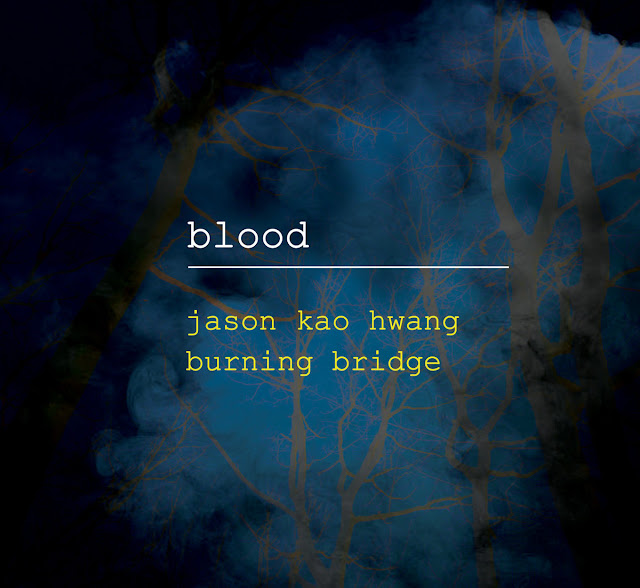 "Driving down on an unlit highway, my headlights flashed upon the bleeding carcass of a deer."

So begins the liner notes of Jason Kao Hwang's new album, Blood. Whenever I see Hwang's name attached to a musical project, I know it's going to be a challenge, I know it's going to be out there. Hwang, an avant-garde violinist, has crossed my path before with Sing House, which prompted me to conclude that "I'm still working on it. One day I may work it out in my mind, or I might just go back to my Dean Martin, Julie London and Harry Belafonte albums." He also performed on Michael Moss' Heli, a free jazz fever dream that I called "a daunting task, especially when you consider that most mainstream jazz fans might night make it through to the end."

Blood, performed with the Burning Bridge ensemble, starts off just as jagged, a series of sonic blasts and noises created by an interesting cross-section of instrumentation including cornet, flugelhorn, pipa, erhu, trombone, drums, bass and tuba. As you might imagine, this can be a fascinating cacophony. But it's also surprising in the way it eventually irons itself out and starts a cohesive narrative. Hwang's tale of roadkill is a starting point--the sudden and shocking image of that deer triggers something deeper in his soul and reminds him of his mother's "harrowing experiences in China during World War II." Hwang explains the connection like this: "Through Blood the violence of deeply held memories are not relived but transposed into our sound." 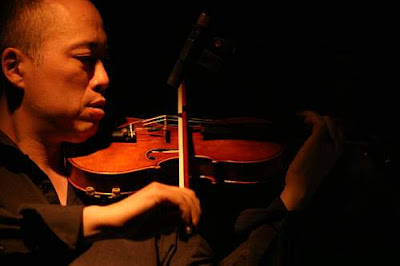 This is a heady idea, yes, but once we pass through the angry free jazz of "Breath Within the Bomb," the 12-minute opener, Hwang combines a classic jazz sound, equal parts free and be-bop, with the Chinese instrumentation. Here he shows that connection between the two worlds, the carcass of the present and the horrors of the past, all happening across vast chasms of time and space. These middle passages are taut and musical--the liner notes suggest a cinematic approach that can be easily digested by the listener.

Despite your reservations about exploring yet another free jazz nightmare, you could find Blood to be utterly absorbing--especially in the way it paints such vivid pictures. Hwang's story is sophisticated and expansive, the tale of his mother surviving a bomb blast in a pharmacy is juxtaposed with his sadness for two fellow jazz musicians, Americans who fought in Vietnam where "the magnitude of pain and sorrow that they endured is unimaginable." Blood, as the title implies, is as far from lighthearted as it gets. But it is fascinating in its cerebral approach, which is wrapped in a thoroughly accessible veneer.
Posted by . at 9:03 AM