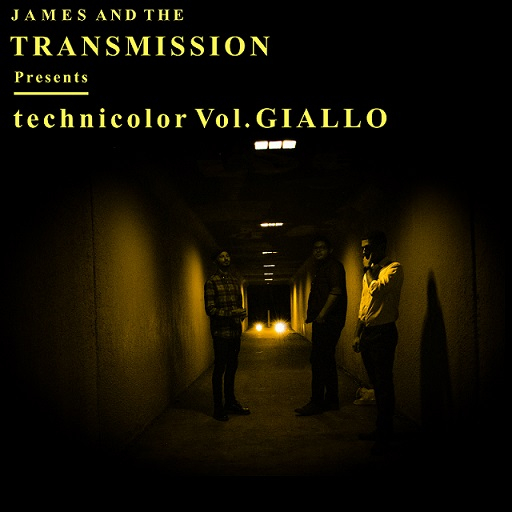 When I listen to raging indie rock like this, it's not the sherbet between the courses. It's a return to my roots. After listening and reviewing a couple of Christmas albums yesterday I feel like I need to cleanse myself with something gritty. James and the Transmission is a hard rock outfit based in Los Angeles, my old home, and they have that pure power trio thing going in a big way, a little Foo Fighters on the surface but something darker and more psychedelic underneath. I like them because this new EP, Giallo, is both DIY and ambitious in scope.

That's hard to accomplish in just five songs, but Giallo is actually the second part of a project that started with Rojo, which was released earlier this year. Giovanni James and his brother Nico Miles and Antonio Argenis were kids growing up in the Inland Empire, one of my least favorite places on Earth, and much of the darkness in these songs comes from what they refer to as their hardscrabble upbringing. These aren't songs about the meaning of life, but rather details from their youth--especially about the boredom and complacency of the place we used to call "The 909." ("The 951" is the proper pejorative now, since the area code split.) 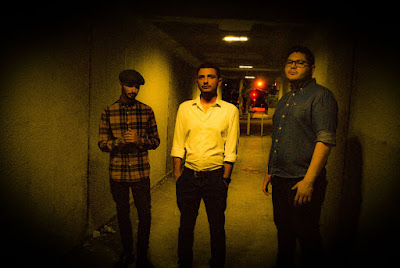 The lyrics are filled, of course, with angst of Generation Z, but lucid moments do pop out--such as when James points out "We're just the same as our parents/Just trying to manage our appearance" (in "Goodland") and "Why do you always seem to drink so much?/Why do I always seem to think you're gonna stop?" (in "Projectors"). When he sings "I didn't want to move here anyway," I can't help thinking about all those parents who moved their kids out of the city into places like the 909, only to drag those same problems in the trunks of their cars. (Ever see the film Next Friday? It's a goofy comedy, but it hits on those same issues that plague the outlying areas of LA.)

It's hard to get a clear picture from just five angry songs--it's actually just four, with a clean version of "Projectors" offered for airplay--which makes me believe that Rojo is required listening for the proper context. But James and the Transmission is a diamond in the rough, one that should probably avoid being plucked from the earth and gussied up--if they continue to explore these themes in future recordings and really talk about what's happening in the suburbs to these kids, they'll have performed an important service.

You can check out Giallo at their website.
Posted by . at 9:01 AM