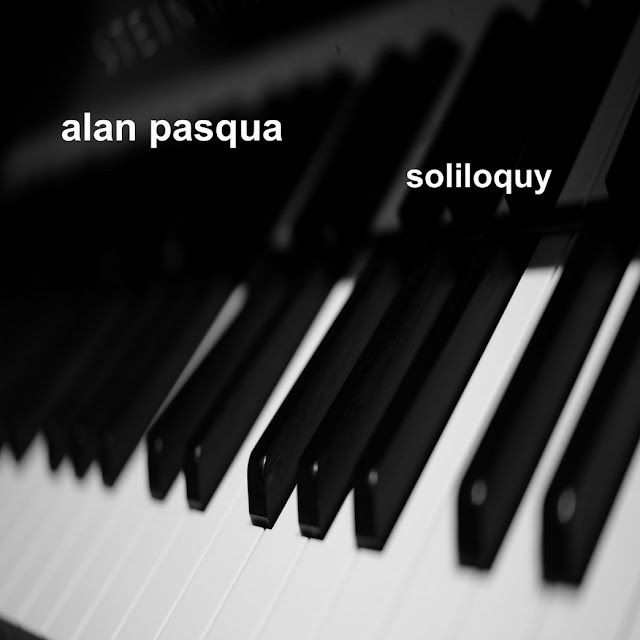 It seems like a long time since I've had a new solo piano recording to enjoy, and I'm sure the last one (or three) came from Norway. Solo piano recordings in the world of jazz are becoming relatively rare, especially when the contemporary trends are leaning so heavily on big band jazz. There's always the easy-to-find singer/piano combo, made up of either one of two individuals, but that's different than just basking in spaces between the keys without the narration. There's a lot that can be said about music when a piano's doing the talking, and Alan Pasqua wants to prove it to you.

You've probably heard of Pasqua before. He's one of those pianists who's been around a long time and has played in both the pop and jazz worlds. To give you an idea of the breadth of his experience, he's worked with both Joe Williams and Bob Dylan. Jack DeJohnette and John Fogerty. Joe Henderson and Carlos Santana. Sheila Jordan and Starship. Solilioquy is his opportunity to step out on a stage, alone, and show the world what an Alan Pasqua arrangement sounds like when it's played by Alan Pasqua. That goes whether he's playing "In a Sentimental Mood" or a wonderful cover of Dylan's "Girl From the North Country." 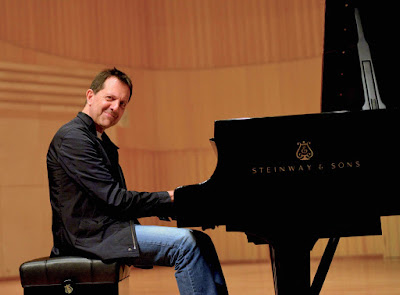 In a very superficial way this is the type of piano music you'd hear being played in a very swanky restaurant, lush and rich and flowing and romantic. That's a dismissive comparison, of course, because if you were actually sitting in said restaurant listening to this pianist play these tunes, you'd probably stop clanking your fork on the rim of your dinner plate and you'd tell everyone at your table to pipe down and listen. Pasqua is far beyond Billy Joel's "Hey what are you doing here" kind of guy. He creates pinpoint references to specific emotions while you're floating on top of the notes, something Bill Evans used to do with ease. That's when you realize that Pasqua is not a journeyman in a bar, but a master.

Soliloquy also sounds fantastic. It was recorded in Pasqua's studio in Santa Monica, on his very own Hamburg Steinway concert grand piano. I've already used the adjectives rich and lush and romantic in this review, and that's your reason right there. Even though I'm the great-grandson of the Vice President of Wurlitzer Piano Company of Cincinnati Ohio, I can't necessarily pick out piano brands by sound alone. With a beautiful, purist recording like this, I feel like I now have a baseline for Steinway. That's the essence of this album, after all--a talented pianist is playing beautiful music on an extraordinary piano, and he's giving you his all. If that's all you need to be happy, then here you go.
Posted by . at 10:13 AM