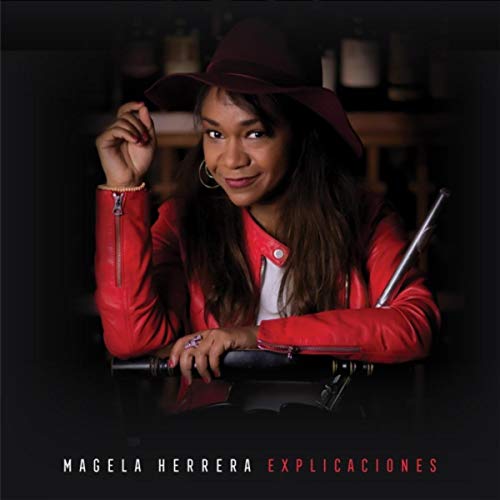 The last few months have been heavy on Latin jazz, with much of it devoted to childhood memories or forgotten performers. It's also common to add just a bit of Latin jazz to another sub-genre of jazz such as big band or even organ trios as an "influence" or a hybridization. What isn't common is taking Latin jazz into new directions, possibly because the form is so hewed to traditions. This is what makes Magela Herrera's new album, Explicaciones, so fascinating from first listen--this Cuban-born flute virtuoso and vocalist is dead-set on making a memorable first impression with her debut as a bandleader and composer by putting so much of herself into these song arrangements, and veering off in exciting new directions.

Herrera was a member of Mezcla, a fusion jazz group from Cuba, for six years. Perhaps this is what informs her adventurous side, her ability to step away from normal Caribbean rhythms and styles and devote herself to a completely new approach. Her arrangements avoid the well-traveled roads of Latin jazz and establish a novel, sometimes thorny approach that sounds like she's re-inventing the form, even with familiar compositions as "Besame Mucho" and "My One and Only Love." (Most of this album contains her original compositions, but they blend seamlessly with the covers.) 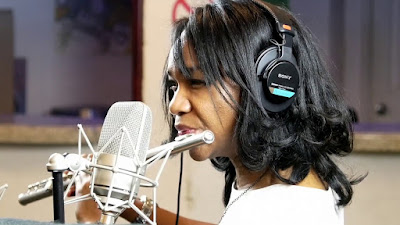 Herrera has surrounded herself with some of the best Latin jazz performers in Miami for Explicaciones, and that helps to ground her and remind her of the musical foundations she needs to protect. Her willingness to stray and explore, however, must come from studying at the Norwegian Academy of Music, where she earned two degrees in Jazz Performance. "They didn't force us to follow rules, "Herrera explains in the liner notes. "I found it more comfortable to write music outside a strict pattern, to create whatever was in my head." This new chapter in her life gave her the confidence to start composing and arranging on her own, culminating in this, her first solo album.

Herrera does alternate freely between flute and vocals, and she's equally adept. Her singing voice is rich, direct and full of warmth, and I'm tempted to say the same thing about her flute. Herrera's approach to the flute is more direct than most--her notes focus on the power of the melody as opposed to dancing around the edges, and that creates an accessibility that will guide you through the more ambitious passages, such as in the intriguing opener, "Two Sidewalks." While the rest of the album takes a step back and eases up the tension, "Two Sidewalks" is a mighty impressive opening statement from Herrera, one that lays down all the rules, or lack thereof. This is the album to listen to when you think you've heard enough Latin jazz and you're clamoring for something new, but you still want to soak in that infectious energy. Highly recommended.