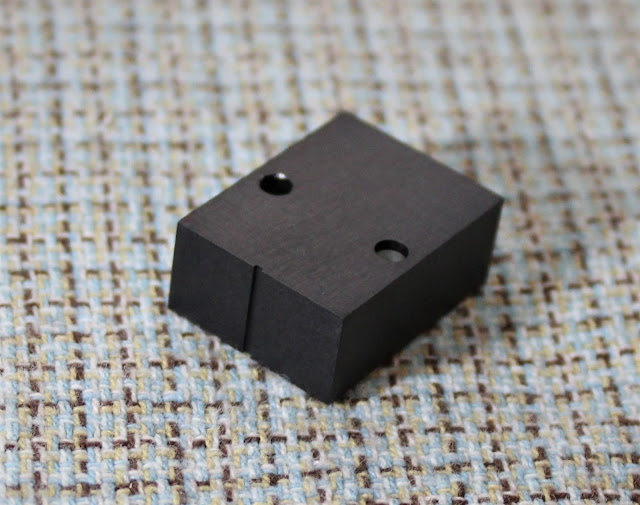 In my recent year-end Vinyl Anachronist column for Perfect Sound Forever, as well as the VA column that will appear at the end of this month, I mention a couple of phono cartridge projects I want to finish in 2019. Both involve my current cartridges--the Transfiguration Axia and the Denon DL-103. The Axia needs a re-tip, and I'm going to investigate a few options. The Denon DL-103--a legendary cartridge that has been manufactured since 1962, the year I was born--has inspired a cottage industry for modifications for those who have discovered that once you replace the cheap plastic body and flimsy mounting hardware with more robust materials, you'll wind up with a "giant killer." 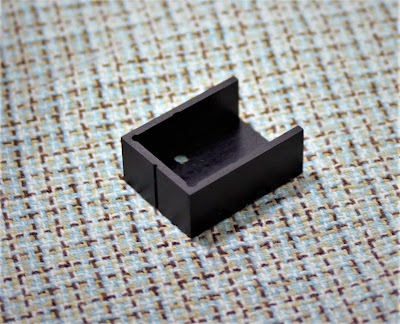 I've just started the first modification for the 103--the Denon Aluminum Body Cap. This is the easiest and least expensive Denon 103 modification that I know--this simple aluminum shell simply fits over the 103 and does not require any "surgery" to your cartridge. (Many of the other body replacements require that you remove the existing plastic shell with an X-acto knife.) The Cap, as it's called by the manufacturer, costs just $85.

I'll be reviewing this mod, the first chapter of Project 103, for an upcoming article for either Part-Time Audiophile or The Occasional.
Posted by . at 12:41 PM