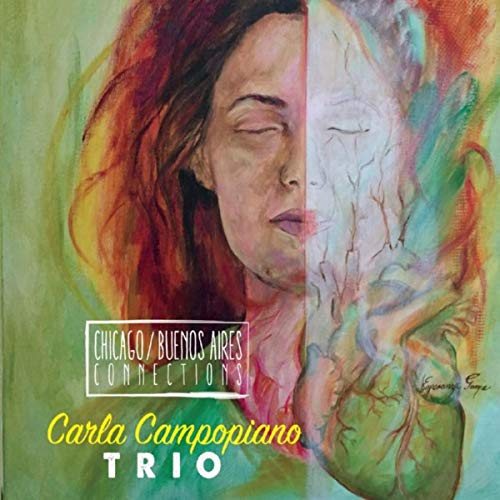 So many jazz albums I review can be condensed down into a single idea, of two cultures that have played a role in a performer's life and how that musician will pay tribute to the resulting collision of ideas. Carla Campopiano's new CD, Chicago/Buenos Aires Connections, does exactly that--it's even in the name of the album. What makes this hybrid so fascinating is flutist Campopiano's choice of a trio, since she is joined by a drummer (Gustavo Cortinas) and a guitarist (Angel Colacilli). That's not your ideal trio for conveying a cross between the tango and jazz, and that causes a blend between two genres that results in a double-fold of sorts, a new sound that becomes independent of its two parents.

Much of this transformation can be credited to Cortinas, who plays more from the jazz and blues songbook than its tango counterpart. It's intriguing to listen to the drums leading the acoustic guitar and the flute, creating the impression that the latter instruments can't help but venture away from the tango roots like a ball player getting ready to steal second. The further the flute dives into jazz, for instance, the more you get the feeling that a unique sub-genre of music has just been invented. 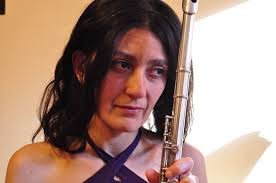 Hearing three un-amplified instruments wander so freely through the compositions wouldn't be nearly as rewarding if the sound quality wasn't clean and spacious, with the boundaries of the recording venue sharply drawn. The crispness of the guitars are gorgeous, with plenty of string-fret interaction clearly audible. This effect is heightened when Julian "El Piojo" Lopez joins in on a second guitar on Astor Piazzolla's "Zita," which through the mere increase in musicians creates a lusher, more complex arrangement.

I want to go back to "Zita" for just a second, because it's become one of those songs that is so full of happy goodness that I'm forced to play it over and over when it comes up, much like "Nectar" from Somesh Mathur's Time Stood Still. It just has an amazing amount of swagger considering the softer material that has come before it. It is quickly followed by another Piazzolla compositon, "Triunfal," that goes off in a completely different direction, jagged and minimalist in the way it says "you can have that, but you can also have this." Listening to these final two tracks makes an impressive, almost philosophical point, something that just doesn't happen every day in the world of jazz.
Posted by . at 11:44 AM