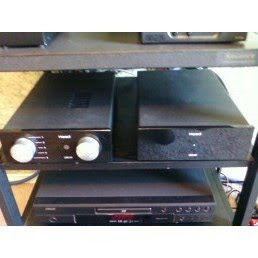 It'd been eons since I'd last had the house all to myself, especially at night. "What kind of trouble should I get into?" I asked myself (and some of my Facebook friends). My first posted response was "First, I'm eating the rest of the Pringles," which I didn't do. I did smoke a nice little Camacho Triple Maduro, a cigar so black that I could hardly make it out between my fingers as I puffed away in my spot out on the back patio. Then it came to me. I could listen to music. Not just any music, mind you, but the type of music others in the household might object to. You know, like Tool.

I stared at my dimuntive Trenner & Friedl ART monitors, paired with the equally diminutive Heed Obelisk SI integrated, and I wondered if they were up to the task. The last small speaker/amp combination I'd used--Spendor S20s and a Naim NAIT 2--had a habit of imploding whenever I pushed them too hard. Stop me if you've heard this all before, but the soundstage would shrink in all directions whenever the music was supposed to be LOUD. Or, as one of my friends back then put it, "Your system isn't quite optimized for rock and roll."

But the ARTs and the Obelisk were a little different. First of all, the ARTs can reach down to 44 Hz, and my old Spendors would struggle to get down to 70. Second, the Spendors were only 84 dB efficient, and the ARTs are a much more amiable 87. Finally, the Heed sports 40 watts per channel, and 50 with the X2 power supply. The NAIT 2 had 15 or 21 or something like that. I had high hopes, especially since I've had the Heeds for a few weeks and I knew they could sound as beefy as hell with the right music. A couple of years ago, someone tried to play me some Megadeth and Metallica on a very expensive system that consisted of 350 wpc of amplification and a huge (i.e. scraping the ceiling) set of panel speakers. With a pair of matching subwoofers. This person cranked it up to 11 and expected me to fall all over myself with superlatives. Instead, it took every ounce of my being not to wince and run from the room. The whole system sounded horribly dry, grainy and downright belligerent. While the Heed/ART system couldn't beat that system in terms of bass response, dynamics and unlimited soundstaging, I'd take it any day over that aforementioned mess.

So the Heeds with the T&Fs aren't the ultimate system for rock and roll. No big surprise there. But they did what that other system couldn't...sound pleasing to my ears. I could have used a little more oomph whenever Danny Carey sprinted over the pedals to his dual bass drums, and I would have enjoyed it if the blows to my solar plexus had been more persuasive. But I could hear deeper into the mix than ever before. For example, during the hell-bent climax to "The Grudge" from Lateralus, I noticed for the first time that Maynard was singing verses all the way through. He wasn't just a-whoopin an' a-hollerin. And the final whack of the bass drum that ends the song had an unbelievably realistic decay. In the past, I just heard silence.

Compared to the Rega Brio3 that previously took up space on my equipment rack, the Heed and its power supply sound deeper, purer and far more natural. The grain in the Brio's treble is gone, gone, gone. The soundstage has expanded in every direction. Or at least I think it has, since the Heeds have passed the clipboard test with flying colors. In other words, as I've listened to the Heed over the last few weeks, I've simply forgotten about detecting what it's doing right. All I know is that it sounds right on recording after recording, whether it's 10,000 Days or God Willin' and the Creek Don't Rise. 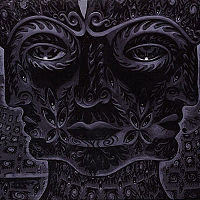 Before I start writing up a final review, however, I'll have to put the Heeds through more paces. First, I need to check out the internal DAC card, called the DACtilus, and use it with my music server so I can compare it to the $1750 Wavelength Brick V3 24/96 and the $120 Soundblaster external sound card (the DACtilus is a $400 option). Second, I need to take the X2 power supply out of the equation and see how the Obelisk SI does on its own without the extra juice. Then I may remove the Oyaide power cords that Dan Muzquiz says are so well-matched to the Heeds.

But I really want to take my time with this. You see, when I'm done with the review, I have to send the Obelisk and the X2 back to Dan. They're his personal amps. He misses them. But so will I.