Update to the update on Heed... 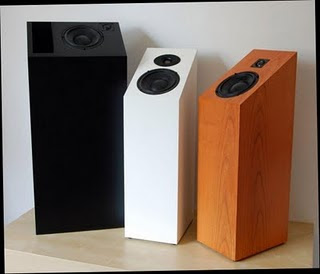 I've just received a couple of emails from Alpar Huszti of Heed Audio clarifying a few points. Regarding the fact that there are three separate models of the Enigma, Alpar says:

"No. There's always been just one Enigma, but Zsolt has been tweaking it over 10 years. More significant changes were marked with '3', '3s', '3es' .... Mk1, Mk2, Mk3, you know. The ugly dark grey version (left) had been a DIY project in Zsolt's DIY hi-fi magazine (Sound & Technology) in the late nineties -- the cradle of many electronic and speaker designs of him. The other two are basically identical, but the tweeter in the white cabinet has an oval-shaped felt surrounding. By the way, the tweeter was Morel MDT-40 but it's no longer available and has just been replaced by the new CAT408. Well, with some custom-made changes, of course .... conjuring omni's with conventional drive units being predominantly designed for directional speakers is a darned tough job."

Next, Alpar reminded me of his previous request that "....and do not hesitate to contact me whatever you'd like to know additionally." So he translated "egyre szélesebb rajongótábora" as "ever-increasing fan community"...which means ME.

Darn. I was hoping it meant "O beloved and knowledgeable Vinyl Anachronist"! 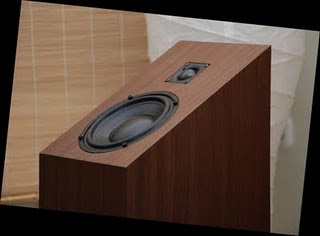 Alpar has provided me with plenty of technical data on the Heed Obelisk SI and X2 power supply that I am now evaluating. His input has been extremely valuable to me during the review process, and I'll include much of this information in coming blogs. Suffice it to say, however, that I'm very high on Heed right now (if you haven't noticed), and I'm excited about the sound I'm currently experiencing in my listening room.