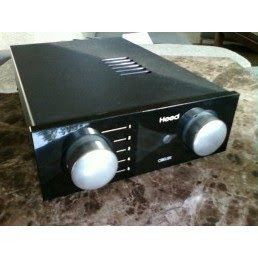 I've already given a complete review of the Heed Audio Obelisk SI and its matching X2 external power supply, and suffice it to say that I think it's among the very best solid-state amplification you can buy for under $3000. In fact, I'd go as far as to say it's my own first choice for under $5000--high praise indeed for this rather modest-looking combination. The Obelisk and X2 offered a relaxed sound that always seemed right and had very little if no shortcomings in overall sound quality.

That review, of course, begs the question of how the Obelisk SI sounds without the X2. The SI retails for just $1650, which puts it up against such worthy competition as the latest Naim NAIT among others. So I spent a few days with just the Obelisk, and while the X2 is more than worth the extra $1200, I'd have to say that the solo version is equally compelling at its price point. 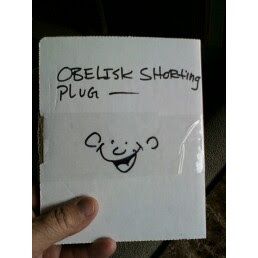 To use the Obelisk as a standalone, you have to do a couple of things first. You need to use a shorting plug in the five-pin jack on the back of the Obelisk to complete the circuit, something that is obviously included when you buy the Obelisk on its own. (You'll note in the pic that my shorting plug came from Dan Muzquiz of Blackbird Audio Gallery with an original piece of Dan's artwork...added value!) Second, if you opt for the DACtilus on-board DAC card, you have to take care to let the combination power down for a sufficient amount of time before plugging it all in (I've documented all this in the full review). Again, if you're buying the Obelisk SI without the X2, this is a non-issue, but if you're switching components you'll still need to be patient. This was obviously an issue with comparing the Obelisk with and without the X2--there were no quick-switching A/B comparisons here. 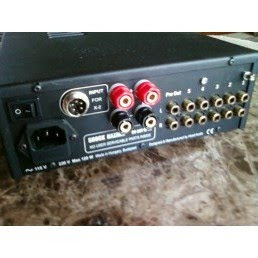 That said, the sound of the Obelisk without the X2 was significantly but not dramatically different. When stepping down you lose about 10 watts per channel; you now have 40 instead of 50wpc. I certainly didn't hear additional amplifier strain or even a huge difference in SPLs, but the soundstage was predictably smaller in every direction. Most noticeably, I heard a difference in soundstage height, which I found interesting. When judging soundstages, audiophiles often concentrate on width and depth, and heighth isn't usually a major concern. But my new listening room has ten-foot ceilings, and I'm able to detect these differences more readily.

Low bass performance was also slightly changed. I didn't notice a marked difference while using my Trenner & Friedl ART monitors, but when I switched to the full-range Opera Callas Grands, I heard a bit less texture in the low frequencies. Using my MFSL LP of Dead Can Dance's Into the Labyrinth, the deep bass drum that is struck periodically in "Yulunga" was less rounded and didn't quite hit me in the chest with the same impact as with the X2 in the system.

Aside from that, the Obelisk SI on its own was still able to deliver that slightly SET-like ability to project voices and distinct sounds in an incredibly natural way. Also, the Obelisk still excelled in producing a sound that was exquisitely and thoroughly without grain--my favorite aspect of the Heed gear. Elimination of these artifacts results in a presentation that is smooth and without noise, yet incredibly incisive and detailed. 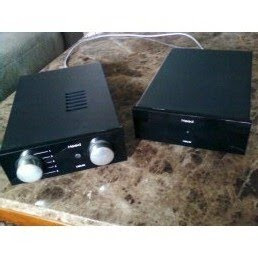 To summarize, the Obelisk SI and the X2 is my first choice for solid-state amplification at the $3000 mark, and the Obelisk SI alone is also my first choice at under $2000. When I say "solid-state," that is not to suggest that there is some $3000 tubed integrated that mops the floor with the Heeds--because there isn't. But some SETs in this price range may surpass the Heeds in a couple of categories such as midrange purity or warmth. It all depends on what your preferences are, and if you're looking for a well-balanced presentation the Heeds will certainly top your list.

In other words, the X2 power supply is definitely worth it. If you're buying an Obelisk SI on its own, you should definitely consider the X2 as your most logical and potent upgrade down the line. But on its own, the Obelisk SI will still make you very, very happy, and I give it my highest recommendation.
Posted by . at 11:25 AM