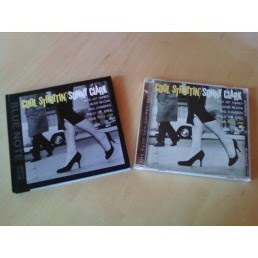 The third CD I picked up from the May Audio Marketing room at AXPONA NYC was the Audio Wave XRCD24 version of Sonny Clark's 1958 album Cool Struttin'. I'd been eager to try more of the hi-rez Blue Note jazz albums, and since I was familiar with the recording I gave it a shot. At the show, the CD sounded a bit cooler and more sedate than I remembered, despite sounding exceptionally clean.

When I got home, I compared it to the original Blue Note CD reissue (I wish I had one of the Blue Note LPs, but I don't), the one that's called "The Rudy Van Gelder Edition." There's no doubt about--the two versions so sound different it's almost as if they'd recorded the same session with two different types of microphones. The XRCD version, as I suspected, is the quieter of the two. I strained to hear even a little bit of tape hiss and I couldn't. There's an overall reticence to the recording that, for me, takes away from some of the excitement of the performance. Sonny Clark's piano, in particular, sounds distant and two dimensional--at first I chalked it up to an "archival" sound typical of older recordings. Then again, so many jazz recordings from the late '50s represent the absolute pinnacle of sound quality in my opinion. 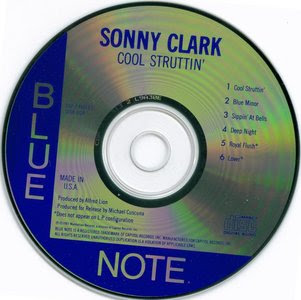 The non-XRCD version was at first more brash and dynamic, almost startlingly so. If you're the type of person who wants a more subtle and laid-back presentation in your jazz, this is not the version for you. I started to dismiss the non-XRCD CD as sounding a bit too wild around the edges, and then I noticed how Sonny's piano gained much more depth than with the XRCD, and I could hear much more of the piano's innards and how they fleshed out the sound. Philly Joe Jones' drumming also sounded more splashy and immediate. Overall, the non-XRCD version played louder than the XRCD, so I had to be careful to match listening levels before I made any conclusions.

Which one do I choose as ultimately superior in sound quality? It's tougher than I thought, because I truly think the listener's mood will come into play here. The XRCD is much more calm and relaxed, and as a result I could hear more inner detail. But the non-XRCD version was a bit more fun. My foot tapped more frequently with the latter. 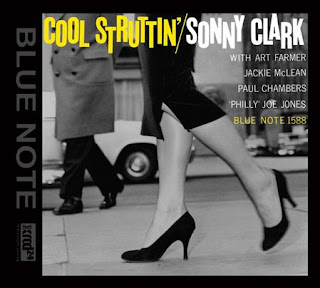 I'm not sure about the cost difference between the two versions, since I can't find a current MSRP for the RVG version. The XRCD, however, was $30, and that's an important consideration when you're trying to state your preferences. The XRCD is a much more pristine view into the original event, but it comes at the price of a modicum of excitement. And any album called Cool Struttin' should be plenty exciting, right?
Posted by . at 4:15 PM