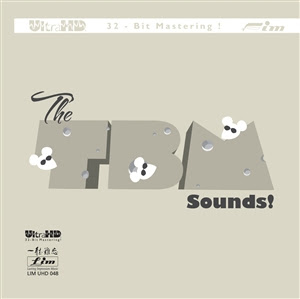 When I visited Terry Combs of Sound Mind Audio last year, we started talking about the Japanese record label Three Blind Mice. TBM made a series of recordings throughout the '70s, mostly jazz, and the sound quality is simply some of the best I've ever heard. Some of their microphone arrangements were a bit unorthodox to be sure, and there's always that grouchy backlash concerning Japanese jazz musicians and how they're all technique and no soul. But there's no disputing the fact that the TBM recordings are breathtakingly realistic and quiet. I still think "Midnight Sugar" from the Tsuyoshi Yamamoto Trio is the best-sounding piece of music I own.

When I told Terry I owned several of the Cisco LP reissues of the TBM on vinyl, his eyes widened as if I just told him I'd found Atlantis, and it was just a few miles off the Texas coast near Port Aransas. I knew they were fairly rare, which is why I scooped up about a half-dozen titles from Elusive Disc close to a decade ago. I paid $40 a piece for them, which seemed like a lot back them. Now they're probably going for ten times that. I feel blessed, but not as I blessed as if I'd bought some of those discounted UHQRs back at Tower Records in 1979--something that still haunts me to this day.

Fast forward to this year's AXPONA NYC show, held in late June, and I needed some CDs to play in our Unison/Opera/Cardas/HRS room. I ran over to the May Audio Marketing room and asked Nabil for something good. I was handed the First Impression Music (FIM) UltraHD 32-bit CD version of The TBM Sounds!, which is basically the sampler from Three Blind Mice. I didn't need to be told twice, especially when I saw that "Midnight Sugar" was the opening cut, so I grabbed it and ran back to the room. (For the record, I ran back to May a couple more times--they had some excellent stuff for sale!)

In fact, I'll go as far as to say that if I didn't already own the LP versions, this sampler would still qualify as one of the best-sounding pieces of music I own. There are subtle differences between the CD and LP version of "Midnight Sugar" such as the feeling that the instruments take up a greater space on the analog version, and that there is more physical interaction with the musicians and their instruments (something I've been paying a lot of attention to lately, thanks to a more resolving system). I'm also hearing more tape hiss on the digital version. But dammit--the FIM CD is still absolutely astonishing in its ability to convey the feel of live, unamplified music.

As a plus, there are a few fun tracks on the sample that I've never heard before. Mari Nakamoto sings a version of "Georgia On My Mind" that is so infused with Southern sultriness and longing that it's tough to imagine someone named Nakamoto is singing it. (I hope that doesn't sound too politically incorrect.) The Shoji Yokouchi Trio's jazzy version of "Greensleeves" is amazingly fragile and elegant. Even the Yamamoto Trio's version of "The Way We Were" avoids all the expected schmaltz and delivers a passionate performance that will make you think you're hearing this hoary ol' chestnut for the first time.

In other words, this is the ideal sampler for audiophiles who really want to show off the resolution of their system, or audio distributors who arrive at their very first trade show and forget to bring music along. It cost me $30--a price I hate to pay for little silver discs--but it's more than worth it.
Posted by . at 1:54 PM