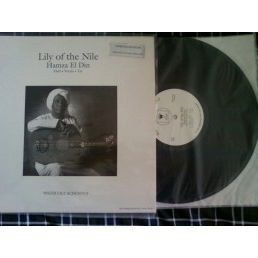 Before I talk about my Portland music scoop, I'd like to take a moment and tell you about a major LP score this weekend. Thanks to Colleen Cardas, I was able to grab one of these rare, limited edition copies of Hamza El Din's Lily of the Nile LPs. I remember when this released back in 1990, and everyone scrambled to grab one before they ran out. This album was coveted by audiophiles due to its phenomenal sound quality which was the result of the meticulous recording process. As the album jacket states:

"This is a pure analog recording done exclusively with custom-built vacuum-tube electronics with the exception of the microphones. The microphones were set up in the ORTF configuration. No noise reduction, equalization, compression, or limiting of any sort was used in the making of this record."

Other than the legendary Egyptian/Nubian oud and tar musician who delivers this extraordinary music, three men well-known and respected in the audio and music industry pooled their talents to create this unique recording. Kavi Alexander of Water Lily Acoustics produced and recorded Lily of the Nile, and he is well-known for producing some of the best-sounding recordings of all times such as one of my personal favorites, Meeting by the River with Ry Cooder and V.M. Bhatt. Tim de Paravicini, who heads one of my favorite audio companies (EAR, makers of one of the great classic phono preamplifiers), was the technical consultant, co-mastering engineer and designer/builder of the custom recording pre-amplifier. Finally, George Cardas of Cardas Audio (designer, of course, of my favorite cables) of was co-producer and funded the entire recording. 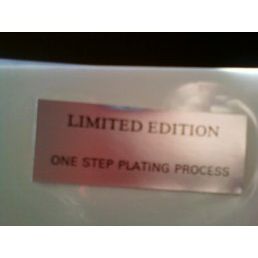 It should be no surprise that this album possesses state-of the-art sound quality. First, the vinyl is incredibly silent. Second, Hamza El Din's music is subtle, direct and unfettered with recording artifacts. If you're looking for a recording that provides the illusion of a musician performing in your listening room, this is it. When El Din's fingers fly across his fretless oud, you can hear and even feel the percussive contact of his fingers on the strings and almost tell where his arms are in relationship to his instrument (you can hear his sleeves rustling every once in a while). When he switches to the tar, a simple Persian drum, on the final track "Hamalaya," you'll be impressed with the sheer variety of tones and timbres he extracts from goatskin head and wooden frame.

I probably shouldn't be teasing you by telling you about something that may be difficult to impossible to find. I have found the 1995 CD reissue on a few international record websites (for around $40 or so), but I'll wager it doesn't sound anywhere as good as this limited LP. But if you do come across a copy somewhere, buy it. I'm going to file my copy next to my handful of reference LPs, the ones I use to really evaluate a piece of audio equipment.
Posted by . at 2:10 PM